Skip to Content
177 shares
This article may contain links from our partners. Please read our Disclaimer for more information. 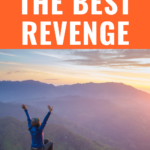 “Treat others as you want to be treated.”

We’ve all heard that before. But, what does one do when others don’t follow the same golden rule? If you’re expecting the “Top 5 Ways To Get Revenge”, you’ll sadly be disappointed.

I’m not the type of person to pick fights. I dislike confrontation. I struggle sometimes to get my point across that I rarely succeed in winning arguments.

So, how do we combat the opposition? How do we convince the doubters or break free from a broken heart?

Frank Sinatra said it best when he said “The best revenge is massive success.”

I’ve been in situations where I felt invalidated. There have been times where I never felt good enough. Most sadly of all, I experienced a father walking out on his family when I was just eight years old.

Although I had every reason to quit or complain, I didn’t. Instead, I got my silent revenge by achieving massive success!

Check out our article on the FIRE Movement to learn how to achieve the ultimate level of success – having freedom and flexibility in your life.

Why Success Is the Best Revenge

There are many people whom you can’t convince by simply talking to them. They have a track record of being a “Negative Nancy” and take pleasure in putting people down.

Introduce social media to the mix and you have a million “Negative Nancys” hiding behind their laptops and cell phones. Arguing your point in person or the comment section becomes a waste of energy.

However, when you achieve success, you put your money where your mouth is. Successful people let their achievements do the talking!

What you need to be wary of are the fakers, posers, and “wantrepreneurs.” You can find some of them sharing on social media the things that they’ve bought or even the places they’ve traveled to just to give the impression of success. When in reality, they are struggling to make ends meet and drowning in credit card debt.

I haven’t had a personal social media account in the last 10 years. The last one I had was MySpace.

I’m always hesitant to share my achievements and my new business ventures with my peers, friends, and family. In the past, I’ve always received the response: “That’s hard and it’ll never work.”

That’s why I initially don’t share. Many times they find out organically or learn by word of mouth. But, I would have been at least a year into my business venture before they started wondering how I was able to do it!

Reason #2: Realizing Who You Are

There’s an old saying “Tell me who your friends are and I’ll tell you who you are.”

As you work towards your goals and reach your milestones, you begin to realize that your mindset differs from your peers.

Your friends are not bad people. Instead, you begin to gravitate towards people that have goals aligned with yours.

For example, I’ve tried having conversations with my peers about the power of real estate and what I’m able to accomplish. Aside from those who say it’s too difficult, the other response I would get is “Of course, you can afford. But, I can’t.”

It’s that negative mentality that will always keep them down. Success is the product of unlocking your mind. It is what can elevate you from those who can never get up.

Revenge can be the fuel to drive you to accomplish great things. Whether people have made you feel lesser than you are or have broken your heart, the ability to prove them wrong can be a motivator!

However, it’s important to be kept in mind WHO you are doing this for.

When I was eight years old, my father walked out on my family. I haven’t spoken to him since that day. I heard through the grapevine that he moved across the country and started his own family.

For the longest time, I used that as my motivation. I strived to be successful to prove that I didn’t need him and that I can do it all on my own. I achieved my goal by working hard in my career and made a six-figure salary as a software engineer.

Unfortunately, that drive that is used to prove other people wrong can be for the sake of them and not necessarily for yourself. Don’t let revenge consume you that you lose sight of the value of your success.

Fast forward in my life and I have now two beautiful children. They are one of my greatest successes and my primary motivators!

My father is still somewhat a motivation, but only because I strive to be better than he ever was.

Reason #4: Appreciation For The Important Things

The path to success isn’t a quick and direct one.  Instead, the path is a narrow road filled with obstacles. Every obstacle is a checkpoint asking you if you want to turn around and give up. Everyone wants to be happy and successful, but few are willing to put in the work to make it happen.

It’s the perseverance that makes the taste of success so much sweeter. If achieving success was so easy, we wouldn’t know how to compare the feeling!

For example, the very first investment property I purchased got broken into the night before I was to have it reappraised. Someone broke into a back window, ripped open the drywall, and stole $80 worth of copper. The repair cost me over $8,000!

Although the naysayers will be quick to let you know that they “told you so”, you’ll discover those that believe and support you. The victory that you achieve will not just be for you but shared amongst those who have never left your side!

The revenge you take here is not against any of the Negative Nancy’s or doubters. Instead, revenge is against your older self. You can’t make people appreciate your success, only you can do that.

Only YOU can ultimately tell yourself that you should quit. And, only YOU can choose to accept it or not.

Reason #5: More Time Of What You Want

When you start early in your career, you work hard and hustle to get that big promotion. Some people use their yearly salary as a way to measure their level of success.

For example, Person A makes $100,000/year while Person B makes $60,000/year. In this scenario, Person A makes more money annually than Person B. Their yearly income is called an absolute income, which is income measured within a set period (i.e. a year).

However, as you become seasoned in your career or business, you’ll begin to prefer to have more time rather than more money.

This is true wealth!

Using the previous example, Person B only works 4-hours a week while Person A works 50-hours a week. In this case, Person B makes more money per hour. This kind of income is called relative income.

How sweet it is to do more of the things you really want to do, such as spending more time with your family or helping out in your community. Compare this to do a job you don’t enjoy, but have to do just to pay your expenses.

Everyone likes the thought of being rich, but when you achieve true wealth, your whole world will change. To learn more about the differences between being rich and wealthy, check out our article “Rich vs Wealthy: What’s the Difference?“.

There is a saying “The teacher will appear when the student is ready.”

People will notice your success. And, among the doubters and haters, there will be some that will admire your accomplishments. In secret, they want to walk in your footsteps.

What they’re looking for is guidance and a mentor!

Once you’ve reached a level of massive success, the next step in your career is to share what you’ve learned with those who aspire to be like you. That complicated path you traveled will be more clearer for those you help. 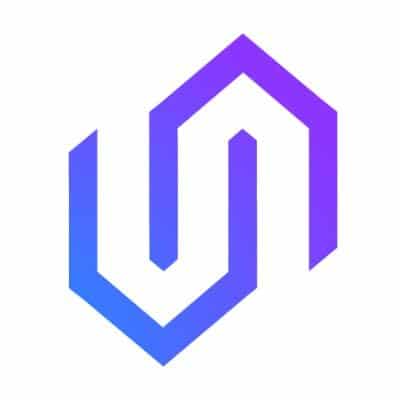 Add real estate to your portfolio with REITs - You don't need to hassle with being a property owner and dealing with tenants! No platform level or management fees.

Sign Up
No accreditation requirements. Minimum investment starting at $500

When I spoke with a financial advisor that I wanted to start investing in real estate, he introduced me to a seasoned and successful real estate investor. This investor has collected enough investment properties in our local market that he has now shifted his strategy to vacation rentals.

This investor has become a good friend and mentor. He doesn’t make a lot of money when I purchase a new property. Instead, he desires to help people like me build long term wealth.

As you continue to mentor and educate others, you create an army of people who share your same mindset and goals. There will be more like you than the individual haters.

In your pursuit of success, there will always be someone or something that will try to stand in your way. Some people are always going to put their limiting beliefs on you. This is to be expected and even necessary.

For you need to experience the failures to understand what success feels like. Be resilient to negativity and be patient through the struggles.

Some people will spend their energy trying to keep you down. They will doubt you even before getting started.

Don’t spend your energy trying to convince them. Their mind is already set in their ways. That would also have a negative impact your mental health.  Instead, keep your goals to yourself and let your massive success do the talking! Work hard every single day to become the best version of yourself.

Don’t dwell too much on trying to prove other people wrong. It can be a great motivator but you can lose yourself not knowing who you’re living for.  Figure out what success means to you and go after it.

Don’t try seeking revenge on other people. Take revenge on your older self.

Be better than you were yesterday and strive to be better tomorrow. Focus on living happy and healthy. Appreciate those who stand by you and lead those who admire you.

Achieving success in your finances will have a great impact on your mindset and lifestyle.  Find out how it has impacted our life here. 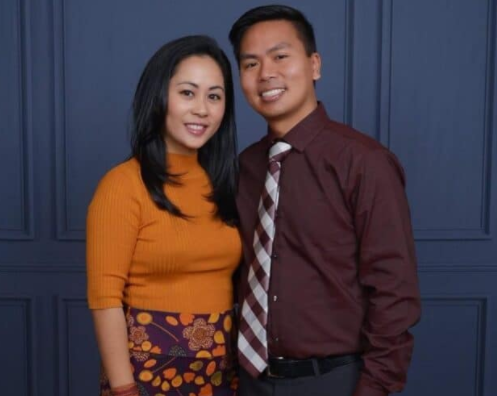 Jonathan Sanchez is a software engineer, real estate investor, and personal finance blogger for ParentPortfolio. He has developed software for government agencies, such as the U.S. Air Force and the National Weather Service. He owns a small real estate business that owns and operates investment properties in his local market. He has also been featured in Business Insider, USA Today, and FOX Business.

Oh my goodness! I totally agree with this. My husband and I did Financial Peace University and paid off a ton of debt, but most of our friends did not like that we stopped going out to eat and doing the little things we used to. We had to find a group of like-minded people. Many of whom were more in than us. We have two friends who paid of their houses in their early 30's. So worth it.

Good for you! Sometimes it's a mindset. One day, they may turn around and actually seek your advice.