Fixing 3 Kinds of Debt in the United States 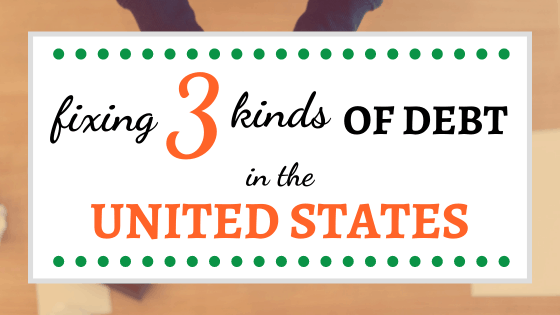 I’m a firm believer that it starts with the lack of education on the topic. Only 17 states require high school students to take a course in personal finance. But even those states that teach financial literacy, debt is still a problem.

Maybe it’s the YOLO or living my best life mentality that leads to our obsession with overspending. Perhaps it’s the instant gratification we seek and hitting the “like” button on social media every day. Or that fact that we let 17 and 18-year-olds make their biggest financial decision (college) with little guidance on the impact that taking on student loan debt could have on them for years to come.

Or maybe it’s the lead by example trap that has gotten debt in the United States out of control. We are just merely following the herd. Heck, our government is 22 trillion in the red.

Whatever the reason is for it, we need to take back control of the debt in the United States. The sooner we can start, the better. Let’s dig in on some of the debt categories and why we’ve fallen off the debt wagon. 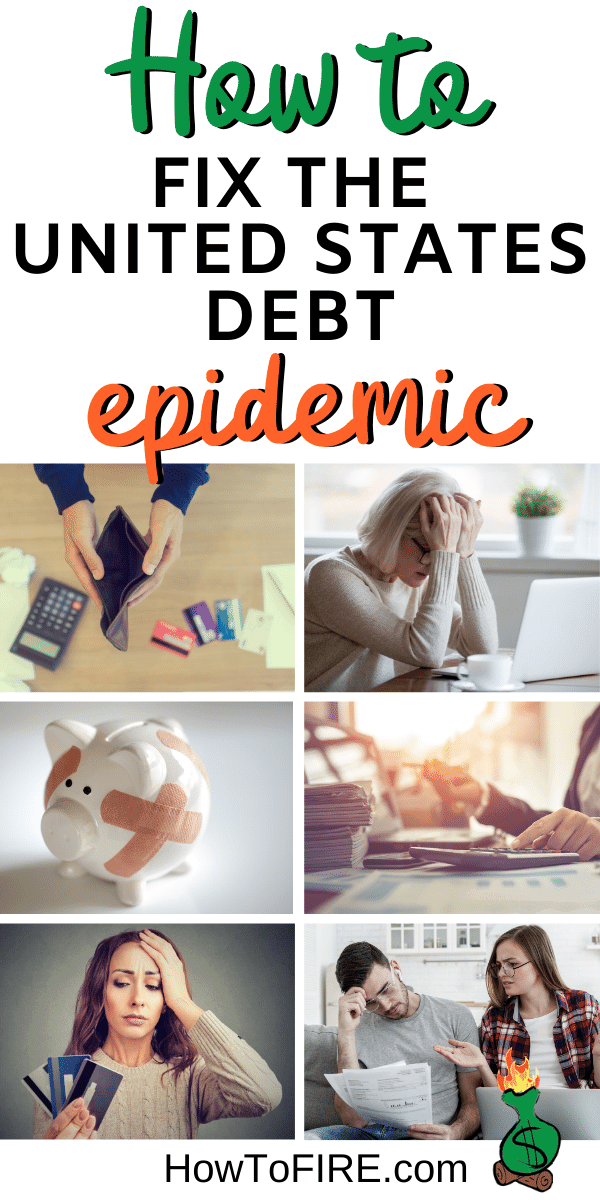 National Debt in the United States

Pop quiz. Do you know the last year the United States didn’t have any Government Debt?

Way back in January 1835, America owed no interest-bearing debt for the only time in its history. By the end of that year, the national debt in the United States had fallen to only $33,700, or less than $1 million in 2019 dollars. The U.S. Treasury’s published records go back to 1790, but U.S. debt began before that date with the Revolutionary War.

The U.S. government’s public debt now stands at more than $22 trillion. In less than 30-years, we have more than twenty-two times more debt. It looks as if there’s no slowing down either. National Debt in the United States is expected to grow an average of $1.2 trillion over the next ten years. The growth occurs when Congress spends more than it takes in through tax revenues, and I wonder why the American people have a problem with debt.

Consumer Debt in the United States

Well, American people are almost as bad as our leadership. Consumer debt, which is classified as credit cards, mortgages, auto loans, payday loans, and student loans, totals $13.5 trillion. Ouch! Let’s leave out student loans for now. It deserves its own discussion.

Often when discussing consumer debt, the concept of good debt versus bad debt comes up. Typically a good debt is something that has a future value. Bad debt would be something that is not needed immediately or could cost you more over time. A mortgage, for example, is often considered good debt.

A home is not something most individuals could afford to pay in full upfront. A mortgage is required to make the purchase, and typically real estate with appreciate over time. The home also provides a place to live while paying it off. It finally can be sold to pay off the mortgage. The goal of real estate investing should be to build equity.

On the flip side, credit card purchases that are not paid in full each month are considered bad debt. For example, if you use a credit card to buy a new television, but fail to pay for it in full with a month, interest is accrued. The TV now is costing more then it’s original purchase price, because of the interest charged by the credit company each month.

At the end of 2018, total credit-card debt in the United States reached $829-billion. Now consider a 10% interest rate on that total, and we are paying $82.9-billion in interest a month. Someone is getting rich off our inability to live within our means.

Reviewing my home state of New York, here are the debt totals:

No one state is immune to the debt crisis. Some are just better at it than others. Debt in the United States doesn’t discriminate based on age. Debt is found in those 35 years and younger, all the way to those 75 and older. The 45-54 age group carries the most average debt at $134,600.

It’s crystal clear with love living beyond our means.

The federal government assumed control of the student-loan program in 2010, replacing the previous administrator Sallie Mae. This move helped cut costs and made the availability of education assistance easier. The fact that interest rates were lowered to encourage higher education has led to increased borrowing.

On average, about two in three (65 percent) college seniors who graduated from public and private nonprofit colleges in 2018 had student loan debt. These borrowers owed an average of $29,200, a two percent increase from the 2017 average.

Why in the world are we allowing 17-18-year-olds to make this type of significant financial decision? I’m sure it boils down to the fact that someone is making money off it. Many would agree that higher education is good debt, but if you make a decision to attend a college based on the prettiness of the campus, or without researching the potential job market when you graduate, you are making an uneducated decision.

Students, parents, guidance counselors, and college admission offices all play a part in the explosion of student loan debt in the United States. We need to do a better job of preparing our youth for the traps of debt.

We need to make sure they understand that the goal is to graduate with as little debt as possible. Sure we want our kids to enjoy their college experience, but we don’t want them to live it up for four years and struggle for the next 20 years trying to pay back their loans.

We need to do better for our young adults.

How To Fix Our Debt Problem

It’s a simple solution. We need to stop spending more than we make. That solution is easier said than done. There are many factors to managing our money. Behavior and habits play the biggest factors. The math of balancing your finances is fifth-grade math. But those unexpected life events could care less about that math.

The psychological effects of debt can be crippling, stress, worry, and fear. Not to mention the relationships and partnership it can destroy and fights it can cause.

Wouldn’t it be great to reduce these emotions about money in people’s lives?

The idea that the American dream is dead is false. Achieving that dream has just shifted. The world is a lot different than it was 100-years ago. 100-years ago, credit cards didn’t exist, and it was a lot harder to spend and borrow more then you make. The United States is still a land of opportunity, and it’s available to anyone. There are just a few more pitfalls to navigate today.

It boils down to teaching the basics of money management to everyone as early as possible and prioritizing how we use our money. We use money our entire lives. It’s an essential life skill that parents and teachers need to pass along to our youth.

Improved money education doesn’t simply fix everything. Just because you’re educated on a topic doesn’t mean your excel at it. But having the background knowledge doesn’t hurt, and it gives you the foundation you need. Your motivation to take advantage of it is still up to you.

I doubt we’ll fix the trillion-dollar National and consumer debt in the United States overnight, just by providing an increase in education. But imagine a world where students begin to learn about money in elementary school and continue that education through high school. When faced with their first big money decisions, like the cost of college, I’m sure we’ll see improvement.

You can very quickly get into debt with one big purchase, but climbing out may take years, shouldn’t we do our best to avoid this cycle?

This article originally appeared on The Money Mix and has been republished with permission.

What steps are you taking to get out of debt? Let us know in the comments!

Brian is a dad, husband, and an IT professional by trade. A Personal Finance Blogger since 2013 who, with his family, has successfully paid off over $100K worth of consumer debt. Now that Brian is debt free, his mission is to help his three children prepare for their financial lives and educate others to achieved financial success. He blogs at Debt Discipline.

The 7 Best Side Hustles To Make Money Online

What to Invest in Outside the Stock Market

Read More »
PrevPreviousDoes Credit Karma Have Your Best Interest in Mind?
NextBest Apps to Make Money When Your Income Needs a BoostNext 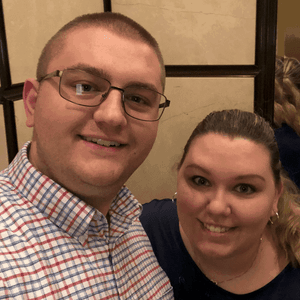 We paid off over $35,000 in debt while we were in college, and now we save over 50% of our income! We help others pursue FIRE through budgeting, saving and side hustles, while encouraging travel hacking. 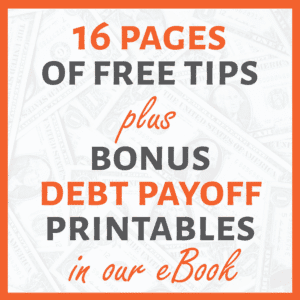 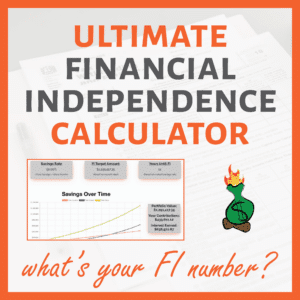 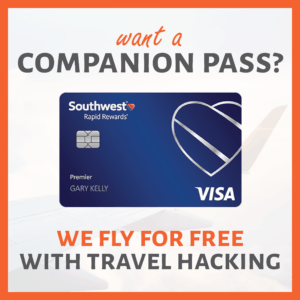 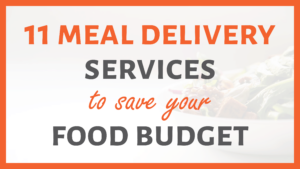